Naval News reported that Pakistan has begun production of a new generation of submarines for its navy.
A post on the website states: “The process of manufacturing a new Hangor-class combat submarine for the Pakistan Navy has begun at the KS&EW shipyard in Karachi, and this submarine is a modified version of Chinese Type-039B submarines. the solemn cutting of the first steel for the second submarine of this category, which will be developed there, took place at the same shipyard.
Previously, the site indicated that the Pakistani authorities in 2015 agreed to purchase new submarines for the country’s navy, and in 2016 Islamabad signed agreements with Beijing to develop 8 new combat submarines for the Pakistani army, and according to these agreements, China will manufacture 4 submarines . and send them to Pakistan. In the period from 2022 to 2023, and the remaining four submarines are manufactured at the KS&EW shipyard in Pakistan and will be transferred to the Pakistani army until 2028.
According to available information, the new Pakistani submarines will be powered by diesel and electricity and will be able to dive to a depth of 250 m. Each submarine will have a length of 76 m, a width of approximately 8.5 m, and its displacement will be equivalent to 2800 tons. There will also be armed with 533 mm torpedo launchers. Capable of launching Russian and Yu-6 torpedoes. 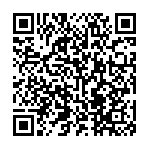