In November, yes, a month ago, there was a lot of criticism across the web that Google Search and the results were declining. We touched on the topic when I covered a poll about SEOs being split on if Google is getting worse or is the web getting worse.

Now that it is a slower week, I am digging through some threads I did not cover when I should have, and I spotted Danny Sullivan of Google defending the quality of Google's search results on Mastodon.

Angus McIntyre, a respected author, wrote on Mastodon "Have you noticed that results returned by #search engines like #Google seem to be becoming progressively less useful? Despite Google's best efforts & frequent algorithm changes, the #SEO industry seems to be winning the battle to render the #web perfectly vacuous & entirely useless." He linked to this blog post named A trillion dollar opportunity by Talia Goldberg.

Angus later on in the Mastodon thread wrote "Not to knock Google specifically here; I think there’s been a decline in result quality across the board, affecting all search engines. But there was a time when Google’s ability to bring up relevant results seemed almost supernatural. Now, not so much. I’d be interested to know if this perceived decline in quality is supported by stats. Response to my thread suggests others share my perception: what do the numbers say?"

So Danny Sullivan responded saying, "Our numbers say we're showing more relevant results. I wrote a post about this earlier this year. But... 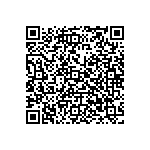