Minister IT Announces To Launch 5G In Pakistan This July - TechJuice

Federal Minister for Information Technology and Telecom Syed Amin-Ul-Haque announced to launch of 5G services in Pakistan by July 2023. The minister announced it while addressing the participants of Career Feast 2022, an event held by the University of Karachi’s Department of Computer Science on Thursday.
It is the fresh date announced by the minister to roll out the 5G technology in Pakistan as he, last year, announced to launch it in December 2022. He emphasized developing a strong connection between universities and IT industries as it will help catering the future needs of the country.
“We are making efforts to ensure accessibility of technology to people in every nook and hook of the country,” he said. The minister highlighted that the IT ministry registered the highest export growth of 47.44% as compared to other ministries, which recorded only a 2-3% growth in exports.
Saying $373 million were set aside for startups in 2020, Haque said that the government aimed to take it to $500 million. “The IT exports stood at $1.4 billion when I assumed charge and now they have surged to $2.6 billion,” he said.
An Ericsson-commissioned study by management consultancy Analytics Mason has highlighted the potential economic, consumer, and environmental benefits of 5G connectivity in 15 national emerging markets, including Pakistan.
With regulatory and government support, all 15 countries could benefit from GDP growth of between 0.3% and 0.46% by 2035, an estimated three to seven... 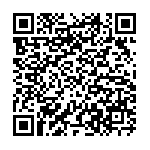