New Delhi: Union IT Minister Rajeev Chandrasekhar on Saturday pulled up Meta-owned messaging platform for showing an incorrect map of India with regards to Jammu and Kashmir. Asking the WhatsApp to rectify the error, the Union Minister stated that "all platforms that do business in India and/or want to continue to do business in India, must use correct maps".
Meanwhile, responding to the minister's request, WhatsApp removed the stream showing incorrect map of India and thanked Chandrashekhar for pointing out the "unintended error".
"We have promptly removed the stream, apologies. We will be mindful in the future," said the tech giant.
The minister had earlier asked the social media platform to remove the incorrect map of India.
"Dear @WhatsApp - Request that you pls fix the India map error asap," Chandrasekhar tweeted.
Earlier, Twitter had faced huge flak after a distorted map of India was posted on the micro-blogging platform.
Displaying incorrect map of India is an offence under section 69-A of Information Technology Act, 2000.
Following huge uproar, Twitter had removed from its website a wrong map of India that showed Jammu and Kashmir and Ladakh as a separate country.
Earlier, Survey of India had found that Google was displaying incorrect map of India on its different websites.
In a written reply to a question in the Lok Sabha, Minister of State in the Information and Broadcasting Ministry Rajyavardhan Rathore had said that "On receipt of complaints regarding display... 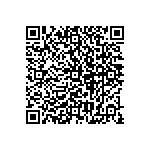