The technology OpenAI’s popular chatbot ChatGPT and the GPT-3 large language model could be integrated into Microsoft’s Bing search engine in the near future, according to reports. Microsoft has invested heavily in OpenAI and any integration would likely be an “additional service” rather than the default, one analyst told Tech Monitor.

According to Microsoft insiders speaking to The Information, the company is looking to capitalise on its $1bn investment in OpenAI by bringing the technology to Bing. The change could come as soon as March.

How will ChatGPT be useful in search engines?

What separates ChatGPT from previous instances of large language models is the ease of use; it can respond in natural human language to a simple or complex query, and even simplify the response further if asked by the user. It also presents the information directly, without the need to click a link then search through a long page of text to find the specific snippet.

Google has made some moves to address this aspect of search, including using its own large language models to create snippets and summaries of popular articles, and highlight that text within the link when a user clicks through, but experts say AI is likely to play an ever larger part in search in future.

Microsoft has previously confirmed plans to integrate DALL-E 2 image generation technology into Bing via the built-in image creator and Microsoft Designer. At the time Microsoft said it “reflects how the company’s investment in... 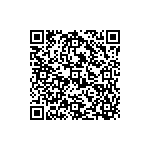 Where should you spend your SEO budget? - Search Engine Land
Technology