Generally known for consumer products, Apple is placing greater emphasis on prioritizing its services category, which includes search ads in the App Store.

Services are now Apple’s second-highest revenue generator, and this article examines how it got there and what it means for marketers.

While Apple announced its expansion of available ad formats and inventory in the App Store, that’s not the only way it increased its revenue.

Regarding the search market, Google and Amazon are usually top of mind. However, both conglomerates have faced public scrutiny from the government and consumers.

Google has made headlines this year dealing with antitrust battles in both the United States and the European Union.

Not only that, but the severe fines that accompanied the antitrust rulings have led Google to lose some of its market share.

Amazon hasn’t had the most remarkable press, either. Some of the newsworthy class action lawsuits that hurt Amazon included:

With both Google and Amazon under scrutiny, this opens up an opportunity for Apple to take a seat at the search table.

“I can easily imagine a scenario in which Apple grabs 10% of Google’s nearly $150 billion search ad business,... 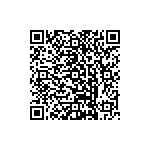