Google has warned that growth in the use of Android in India may stall due to an antitrust order issued by the Indian antitrust watchdog last year over the U.S. company's domination in the country.

The order, which was issued by the Competition Commission of India (CCI) in September, found that Google had abused its dominant position in the market for mobile operating systems by imposing restrictive contracts on mobile manufacturers.

The CCI ordered Google to change its contracts with manufacturers, allowing them more freedom to install rival apps and services on Android devices. According to a Reuters report, Google filed a challenge with India's Supreme Court and said that the order would require some modifications of its existing contracts and new license agreements. It would alter the company's existing arrangements with over 1,100 device manufacturers and thousands of app developers.

"Tremendous advancement in growth of an ecosystem of device manufacturers, app developers and users is at the verge of coming to a halt because of the remedial directions," the company said in the filing, as quoted by the news agency. "No other jurisdiction has ever asked for such far-reaching changes based on similar conduct."

After three and a half years of investigation, the Indian watchdog fined Google $161.9 million for its anti-competitive practices related to Android devices in several markets, such as licensable OS for smartphones, app store, web search services and non-OS... 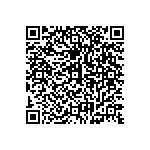