Troubling economic conditions have forced Diamond Industries Limited (DIIL), maker of the famous Diamond supreme foams, to temporarily suspend its production. The foam maker made the announcement to the Pakistan Stock Exchange (PSX) on Monday.
The notification read, “Due to adverse economic conditions in the country and non-availability of imported raw material, the company has suspended its manufacturing operations for a short term with effect from Tuesday, January 10, 2023, till further notice subject to the availability of imported raw material in the country.”
The announcement comes after various manufacturers in the country have announced suspension of operations due to lack of demand and high cost of raw materials. Last Friday, Millat Tractors closed production indefinitely, and last month, Fauji Fertilizer closed its Diammonium Phosphate (DAP) Plant temporarily. Next on the list are Suzuki, which announced its first plant shutdown for 2023 after a string of nonoperational days last year, and Toyota, which shut down production in December for the remainder of the year. Also, KSB Pumps, a major producer of industrial pumps, closed its main hasanabdal factory plant due to a lack of demand.
The textile industry has been facing one of the worst crises in the country’s history. Inflation, lack of demand, and tough economic conditions have forced many textile businesses in the country to either reduce production or close down completely. Last week, Crescent Fibres reduced... 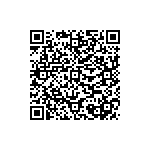