RIYADH:
The Crown Prince of the Kingdom of Saudi Arabia (KSA) Mohammad bin Salman (MBS) on Monday ordered the Saudi Development Fund to study increasing Saudi investments and deposits in Pakistan to $15 billion.
According to the KSA’s official news agency, the crown prince and premier MBS issued instructions to consider increasing the number of deposits in the State Bank of Pakistan (SBP) to $5 billion.
سعودی عرب نے پاکستان میں سرمایہ کاری (10) ارب ڈالر تک پہنچنے کے لیے ایک اسٹڈی اور ڈپازٹ کی رقم میں اضافے کے لیے ایک اسٹڈی کا اعلان کیا ہے۔ pic.twitter.com/PVJYoy5CK1
— السفارة في باكستان - سعودی سفارت خانہ (@KSAembassyPK) January 10, 2023
The kingdom also plans to invest $10 billion in the country.
The Saudi news agency further said that the announcement comes after talks between Prime Minister Shahbaz Sharif and MBS.
Last year, Saudi Arabia had announced an investment of $1bn in Pakistan.
It is pertinent to note that last week, in what appears to be an alternative to the International Monetary Fund (IMF), Finance Minister Ishaq Dar had expressed hope to receive a $3 billion second bailout from Saudi Arabia within days, vowing to raise money through the sale of assets to beef up the critically-low foreign exchange reserves.
At a joint press conference with the government’s economic team, Dar showed his commitment to the IMF programme but at the same time stressed that he would not take any steps that would put a burden on the people.
At the presser, he did not say... 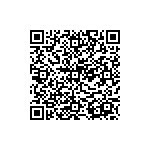