There are 19 notable active ranking systems that Google uses to organize information by relevance, usefulness, and accessibility. These ranking systems work in sync with other Google processes behind the scenes, attempting to ensure that Google Search delivers the best response to user queries in the quickest amount of time. Together, they work hand-in-hand to make Google as user-friendly, helpful, and intuitive as it can be. That’s no small task.

What’s a Ranking System & How Does it Differ from an Update?Google recently released a guide to Google Search Ranking systems, and the notable difference is in how what would traditionally be called an “update” is used. In the old days, just about every change was labeled as an “update” — including the addition of a ranking system to Search. 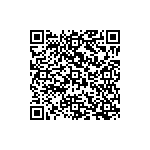 Where should you spend your SEO budget? - Search Engine Land