1
A MONTH or so ago, it was reported that Pakistan had lost workers at a higher rate than in previous years. In 2022, no less than 765,000 workers, many of them educated, left the country — far more than in 2021 (225,000) and 2020 (288,000). Of these 765,000 workers, 92,000 were highly educated professionals with degrees in medicine, technology, etc.
Most countries would have raised an eyebrow or two at such a number, particularly of highly skilled workers like doctors, but Pakistan did not bat an eyelid. But the exodus is not a bad thing. Pakistan’s beleaguered and shrinking economy is not producing jobs at a rate that can employ these workers. Even if the jobs existed, the astronomical level of inflation means that the wages offered would be next to nothing compared to what these youths and their families have invested in their education. And most of the highly skilled workers have not wandered far in any case. The majority has gone to Saudi Arabia and the Gulf countries. From there, they can be relied on to send home regular chunks of their income which can replenish Pakistan’s almost down-to-zero foreign exchange reserves.
Plans put in place by Saudi Arabia and UAE mean that this is not a permanent or even semi-permanent solution for either the country’s depleted foreign exchange or skilled graduates. As the global economy moves away from fossil fuels, these regions are unlikely to remain the kind of hubs of commerce they are today. Some reassurance can be found in the... 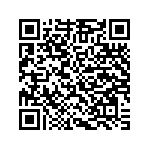