Delhi Weather Latest News Live Updates: Several flights, scheduled to depart from Delhi's Indira Gandhi International Airport (IGI), was delayed due to fog, informed airport authority on Tuesday.
Already reeling under a cold wave since the beginning of the new year, residents in the national capital woke to a chilly morning with cold waves.
Safdarjung recorded a minimum temperature of 4.6C, Palam recorded a minimum temperature of 6.0C till 5.30 am, according to IMD.
As per the IMD forecast, dense to very dense fog was observed over parts of Punjab, Northwest Rajasthan, Jammu division, Haryana, Chandigarh and Delhi, Uttar Pradesh, Bihar and Tripura.
Meanwhile, the Northern Railway informed that 15 trains were running late due to fog.
Delhi: Minimum temp recorded at 2.4 Deg C
Cold wave conditions prevailed in Delhi with the minimum temperature at the Safdarjung observatory, the city's base station, settling at 2.4 degrees Celsius.It was a notch above Monday's minimum temperature of 1.4 degrees Celsius, the lowest in the month since January 1, 2021.Foggy weather disrupted road and rail movement in some parts of the northern region.
Russian flags banned at Australian Open tennis
Russian and Belarusian flags have been banned from the Melbourne Park precinct during the Australian Open after a complaint from the Ukraine ambassador to the country.Vasyl Myroshnychenko, Ukraine's ambassador to Australia and New Zealand, posted a picture showing a Russian flag hanging from a bush... 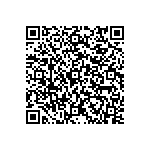