India vs Pakistan - War of the Economies - Islamic Finance Guru

In 1990, the India and Pakistan economies were basically level. They had almost identical GDPs, a little under $370 per person. But by 2020, India's GDP is now $3.5tn - 10x more than Pakistan’s.
You probably didn’t expect that, did you?
As a proud British-Pakistani, I don’t like to see that India has become the 5th largest economy in the world, overtaking the UK - never mind Pakistan as well. In comparison, Pakistan is struggling.
In this article, we aim to dive deep and study what it is that Pakistan can do to get back on a level playing field with India. We’ll also run through what India did that put it so far ahead of Pakistan.
Let’s diagnose the problem
When we diagnose problems, we love to dive into the data. So this is a graph of India and Pakistan’s GDP over the last 60 years. GDP stands for Gross Domestic Product, and simply put it is one of the measures economists use to assess the size and health of a country's economy over a period of time. The higher, the better.
What you can see is a crucial turning point in the 1990s when India began outpacing Pakistan over the next three decades. Consistently growing at 50% faster than Pakistan.
To understand why this happened, let's talk about Rishi Sunak.. Rishi’s father-in-law Narayan Murthy founded Infosys, today one of the largest Indian tech companies and in a book about their growth, the co-founders of Infosys pinpointed 1 key thing that the government did in the 1990s that led to their growth: trade reform.
... 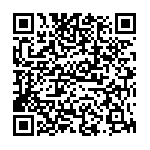