Adaptation Of The Latest Technologies Is the Only Way For Pakistan ... - TechJuice

Engineer Ahmad Hassan, the Faisalabad Chamber of Commerce & Industry (FCCI’s) standing Committee on R&D Chairman said on Tuesday that exponential growth expected in coming decades in 14 latest technologies had necessitated Pakistan-like countries to equip its youth in these sectors to get its due share from the emerging opportunities in addition to enhancing foreign remittances.
Technology has a major role to play in giving impetus to a country’s economic growth. But Pakistan lags in adapting to innovation to spur growth. A fast-paced adaptation of technology can drive Pakistan’s economy out of the lurch. “In today’s world, artificial intelligence and smart technologies are affecting how we live, produce and consume.”
Talking to WealthPK, Khan Muhammad Wazir, Director General Ministry of Science and Technology, said innovation was the key to the development of every start-up as the world was going through a revolution that placed great emphasis on how quickly people could use their knowledge to innovate.
He said for robust economic growth, technological adaptation was a must. “The developed world’s success is because it has continually invested in technology. If a country wishes to achieve success and attain power, it will have to end hunger and poverty and ensure sustained economic growth, and that is possible only through adopting innovative technologies to boost production.”
Addressing a meeting of the business community here, he said that the world’s future was... 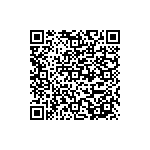