Major Cellular Companies Are Planning To Shut Down Assembly In ... - TechJuice

Multinational companies in Pakistan are planning to shut down their mobile phone assembly units in Pakistan.
The primary step has been taken after closely watching the economic conditions of Pakistan. The decision has taken place due to the need for more dollars. Three major phone manufacturers have allegedly closed their operations in assembly units.
Sardar Azhar Sultan, president of Lahore Traders Rights, expressed grave concerns while talking to the news.
According to Sardar Azhar Sultan, “due to the shortage of dollars, mobile phone companies are facing difficulties in sending capital to their head offices abroad. The business community also faces difficulties in importing mobile phone accessories. The Letters of Credit (LCs) are not being opened. Goods are not coming. How will the business run?”.
Though, it has not yet revealed that which companies have taken decision to close their assembly units. The names are not mentioned precisely which companies are shutting down local production in Pakistan.
Moreover, major phone makers and assemblers in the country include Xiaomi, Samsung, Infinix, Vivo, and others. Furthermore, no official announcement on which of these brands has halted production.
Its Impact On Pakistan
Though, it’s not easy to digest that significant companies are planning to shut down their operations. This only depicts bad news for Pakistani customers.
However, local manufacturing of smartphones was a significant reason for some models’ prices being... 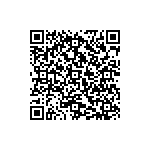