When anyone hears the word penalty, it is never a good thing, and it is no different with SEO. Receiving a penalty of any kind can often give people that nervous pit in their stomach, and the worst often creeps into their minds. What many people don't realize is that many companies have been hit with penalties, including Google themselves. Yes, even Google makes itself an example.

Actual SEO Media, Inc. focuses on a few key points to inform audiences about the reality of Google penalties and how to combat them:

The Dreadful Google Penalty and What It Means?

Google never uses the word "penalty" in their definition. Google defines a "penalty" as an action due to a website for not conforming to its rules and regulations. These actions can be given out manually or algorithmically. The result of these actions is one page or more on a website losing its ranking on Google's SERP.

A manual action or penalty is given out by a human reviewer. This means someone personally looked over a website and they saw something that didn't comply with Google's SEO rules and gave that page a penalty.

Why Do They Exist?

So what is the point of these... 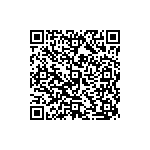