How to Market Your Cannabis Consumption Lounge - Rolling Stone

Similar to bars and hookah lounges, U.S. cannabis consumption lounges must follow a laundry list of strict rules and regulations (shocker, right?) specific to their state and municipality.

Currently, consumption lounges are legal in Nevada, New Jersey, New York, Illinois, Colorado and California. However, each of these states is at a different point in the process. Some are still giving out licenses to their recreational market (we’re looking at you, New York), some are waiting for municipalities to approve consumption lounges, and others have already opened doors to a few.

If you’re the owner of a cannabis social lounge, you are one of the few people who believe it to be a prime opportunity to compete in a highly saturated market.

You’re also facing off against twice the opponents: municipalities that have just barely accepted dispensaries and those that say consumption lounges increase the risk of driving under the influence, crime and smoke exposure-related health risks.

In other words, you’re up against a storm.

Still, consumption lounges are expected to be big tourist attractions for fans of cannabis and local enthusiasts alike. So, it’s key that you take your marketing seriously if you want to... 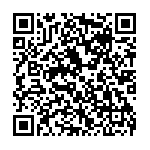