New Delhi: Naushad Ali, the terrorist who was arrested in the Jahangirpuri area of the national capital, has made important revelations before the Delhi Police stating that he received instructions from his Pakistani handlers and tried going to Pakistan through Nepal twice but failed, sources said on Thursday.
Naushad Ali and his associate Jagjit Singh alias Jagga were arrested last Thursday in Delhi. They were in touch with terrorists of the Harkat-ul Ansar outfit and the Hizbul Mujahideen, which has been designated as a terror outfit in India. According to the sources, during the interrogation by the Special Cell, Naushad revealed that he was constantly receiving instructions from Pakistani handlers Asfaq and Suhail. Naushad had constant contact with Pakistani terrorist Asfaq alias Arif.
Asfaq alias Arif is a special member of the terrorist organization Lashkar e Taiba.
"It was Arif who got Naushad to meet Suhail, another Pakistani terrorist. Suhail is also a member of the terrorist organization LeT, which is currently operating from Pakistan," sources said.
"Suhail had prepared a plan to target some big leaders of Punjab," sources added.
Naushad revealed during the probe that when he was in jail, he had met Nadeem associated with the terrorist organization Harkat-ul-Ansar.
"After coming out of jail on parole, Nadeem had inducted Naushad into the Harkat-ul-Ansar organization to work together for Jihad," sources quoted him as saying.
Naushad, who was imprisoned for... 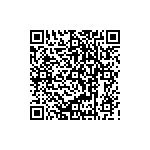