The last couple of years have seen a massive increase in the national digital payments ecosystem and the number of digital accounts have tripled over the last 3 years, according to the State Bank of Pakistan’s (SBP) Annual Payment Systems Review. The report says that mobile phone banking increased by 148.4% to 387.5 million, while internet banking grew by 51.7% to 141.7 million during the previous year.
The drastic increase in the numbers was influenced by the launch of SBP backed Raast getting traction, and electronic money institutions (EMIs) gaining popularity among customers, the signs are pointing towards money quickly becoming digital. On the contrary, the Cash transactions have also gained more popularity with increasing ATM networks and cash withdrawals from ATMs also posting double digit growth over last year.
Ecommerce transactions also witnessed similar trends as the volume grew by 107.4% to 45.5 million and the value by 74.9% to Rs106 billion.
During the fiscal year 2022 a total of 32,958 Point of Sales (POS) machines were deployed in the country which led to an expansion of its network by 45.8% to 104,865. The total number of transactions through POS, 137.5 million, were 54.5% higher than previous fiscal year with transaction value reaching Rs0.7 trillion growing by 56.1%.
According to the State Bank’s annual report, the four fully licensed EMIs (electronic money institution); Sadapay, Nayapay, Finja and CMPECC, combined had 262,558 total active accounts and... 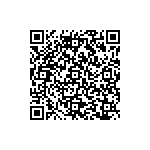