The field of SEO has seen some seismic shifts as of late, with Google frequently updating its algorithm to make it so that only high quality content gets to the top of its SERP. Spam can be a truly detrimental thing to take part in as far as SEO is concerned, but in spite of the fact that this is the case it can be confusing to understand what actually counts as spam.

Many bloggers and site owners are worried that posting too frequently might be considered spam. With all of that having been said and now out of the way, it is important to note that John Mueller of Google recently clarified this and explained that that isn’t necessarily going to be the case.

The Google exec took to Twitter to explain what was going on. In the tweet thread, he mentioned that daily posting is not going to be taken as a sign of spam. Posting every single day isn’t a bad thing as long as the information that is being posted is relevant, original and above all else high in quality.

This isn’t the first time that Mueller has spoken out about posting frequency either. A few years ago, the Google exec stated that publishing frequency was not a factor that Google’s algorithm takes into consideration when ranking websites.

Hence, site owners can rejoice because of the fact that this is the sort of thing that could potentially end up making it easier for them to come with posts than might have been the case otherwise. They can post regularly if the content warrants it.

One thing is pretty clear:... 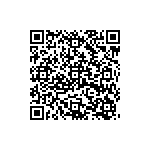