Farida Jalalzai does not work for, consult, own shares in or receive funding from any company or organization that would benefit from this article, and has disclosed no relevant affiliations beyond their academic appointment.
New Zealand Prime Minister Jacinda Ardern announced on Jan. 19, 2023, that she will soon resign from office. “I know what this job takes. And I know that I no longer have enough in the tank to do it justice,” Ardern said.
Ardern was 37 when she was elected prime minister in 2017, and is the youngest female head of government to have served in any country. During her tenure, Ardern oversaw the country’s strict COVID-19 response and also dealt with other crises like the Christchurch mosque shooting in 2019.
The prime minister also received unwanted attention that many observers – and Ardern herself – dubbed sexist. This included questions and comments about Ardern’s plans to have a child, as well as about her eventual pregnancy in office. Ardern herself noted in her resignation speech that she is looking forward to spending more time with family once she leaves office in February.
She also addressed her young daughter, saying, “And so to Neve, Mum is looking forward to being there when you start school this year.”
The Conversation U.S. spoke with Virginia Tech political science scholar
1. What does Ardern’s resignation say about the experiences of women in top political jobs?
Women in leadership positions will get asked certain questions that men do... 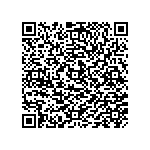