Mission Majnu OTT Release: After his last successful stint as a soldier in Shershah, the valorous Captain Vikram Batra, Sidharth Malhotra, once again takes up the responsibility of risking everything for his country in Mission Majnu. This time around, he plays the role of an undercover Indian spy involved in a covert operation before and during the events of Indo-Pak war of 1971 in the heart of Pakistan. Although the story is fictionalized, it is indeed inspired by true events.
Sidharth Malhotra plays the role of Amandeep Singh, a RAW field agent who heads to Pakistan on a covert operation involving investigation about Pakistan's involvement in creating nuclear weapons.
Mission Majnu is an OTT release and not a theatrical one. It stars Sidharth Malhotra, Rashmika Mandanna, Parmeet Sethi and others. Although the movie was set for theatrical release first on 13th May and then on 10th June, it faced multiple delays before being indefinitely delayed. Its theatrical release was then cancelled and is now being directly released on OTT platforms.
Mission Majnu: How and Where to watch
Mission Majnu has premiered on Netflix starting today, January 20. Although the movie can be streamed for free without any rental cost, users do need a subscription to access the streaming service. The cheapest way to do that is by choosing the Rs. 149 per month mobile plan of Netflix which offers streaming in 480p on mobiles and tablets. Users can upgrade to a higher subscription which is priced at... 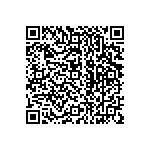