An anonymous reader quotes a report from the New York Times: Last month, Larry Page and Sergey Brin, Google's founders, held several meetings with company executives. The topic: a rival's new chatbot, a clever A.I. product that looked as if it could be the first notable threat in decades to Google's $149 billion search business. Mr. Page and Mr. Brin, who had not spent much time at Google since they left their daily roles with the company in 2019, reviewed Google's artificial intelligence product strategy, according to two people with knowledge of the meetings who were not allowed to discuss them. They approved plans and pitched ideas to put more chatbot features into Google's search engine. And they offered advice to company leaders, who have put A.I. front and center in their plans.

The re-engagement of Google's founders, at the invitation of the company's current chief executive, Sundar Pichai, emphasized the urgency felt among many Google executives about artificial intelligence and that chatbot, ChatGPT. The bot, which was released by the small San Francisco company OpenAI two months ago, amazed users by simply explaining complex concepts and generating ideas from scratch. More important to Google, it looked as if it could offer a new way to search for information on the internet. The new A.I. technology has shaken Google out of its routine. Mr. Pichai declared a "code red," upending existing plans and jump-starting A.I. development. Google now intends to unveil... 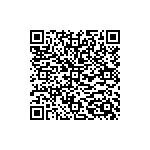