The Amritsar rural district’s police have gunned down a sophisticated drone using AK-47 rifles, which had sneaked two kilometres into the Indian territory from the international border for smuggling heroin.
With the gunning down of the hexacopter, the police recovered 5kg of heroin which was kept in two cloth bags further tapped with yellow adhesive tape.
The incident took place at around 4:30 am when a team of Lopoke police station’s police was patrolling in Kakkar village based on a tip-off. The operation was led by the deputy superintendent of police (DSP), Attari, Parvesh Chopra.
“As soon as the tip-off was received, a dedicated team with adequate weapons was deployed in the area to keep a vigil on the suspicious activities. At around 4:30 am, a humming sound was heard from the Pakistan side. The team opened fire towards the sound, and it appeared something was shot down,” the DSP said.
He further said, “An extensive search operation was launched, and we recovered a six-winged drone from a field. We also recovered 5kg of heroin which was being smuggled by the drone.”
The police have also rounded up two persons who were found to be roaming in the area at the time of the incident. “The apprehended persons are suspects, and we have yet to establish if they were involved in the smuggling activity,” the DSP said.
A police official, privy to the development, said, “The drone contains a mark of Effort Tech— a Chinese company making drones, especially for agriculture purposes.... 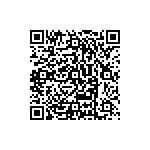