For the Korean-American community, 2023 is a major year.

It is the 70th anniversary of the United States and the Republic of Korea — often referred to as South Korea — signing the Mutual Defense Treaty following the end of the Korean War, which is still strong today.

“I’m so, so proud that our community has been developed,” said Eun-ji Seo, the Consul-General to the Republic of Korea in Seattle. “Korea came to be transformed into the 10th largest economy and is the [U.S.’s] greatest spread of democracy.”

For Seo, who became the South Korean Consul-General in Seattle in 2022, these anniversaries are major milestones that she said inspire her to push U.S.-Korean relations even further.

“Koreans searched for the ‘American Dream,’” Seo said. “There are four [Korean-Americans] in the U.S. House of Representatives. Twenty years ago, when I was in San Francisco, we had one and now we have four.”

Seo said that before she came to Seattle, she had heard about the rising number of hate crimes against Asian-Americans and that it is a major concern for her. In September 2022, the creation of... 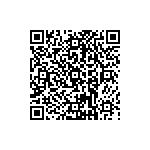 Yandex scrapes Google and other SEO learnings from the source ... - Search Engine Land