(Bloomberg) -- Dalda Foods Ltd., Pakistan’s largest cooking oil manufacturer, is planning an initial public offering in the country to bankroll the expansion of its production capacity.
Most Read from Bloomberg
The company is looking to raise between 3.3 billion rupees ($14 million)and 4.6 billion rupees in a share sale that could take place before Ramadan, which will start on March 22, according to Aziz Jindani, its chief executive officer. At 4.6 billion rupees, Dalda’s IPO would be Pakistan’s largest by a consumer staple company, data compiled by Bloomberg shows. It would also be the country’s largest since Air Link Communication Ltd.’s 6.4 billion rupee listing in September 2021.
“This particular IPO is intended to fund Port Qasim expansion,” Jindani, 44, said in an interview last week, referring to the company’s factory at one of the country’s busiest shipping ports. The proceeds could expand its capacity in Karachi to extract oil from seeds, he added. It may reach 900 tons a day, more than doubling the current rate, he said.
The offering could involve selling about 50 million shares, consisting of two thirds news shares with the rest coming from existing shareholders, according to Shahid Ali Habib, chief executive officer at Arif Habib Ltd., the sole adviser to the IPO.
Dalda traces its roots to 1937 when Unilever Plc introduced it to the region. In 2004, Unilever sold the Dalda’s Pakistan business to Westbury Group, owned by Bashir Jan Mohammad and a group of... 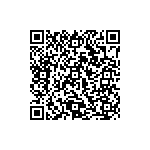