European stocks edged higher on Monday, lifted by technology and real estate stocks, as expectations of a mild recession in the euro zone offset hawkish remarks from European Central Bank (ECB) officials that sent the euro to a nine-month high.
The pan-European STOXX 600 index rose 0.4% after posting its first weekly decline of the year on Friday.
Europe’s tech stocks jumped 1.4% after their Wall Street peers rallied on Friday following upbeat results from streaming giant Netflix Inc.
The euro jumped after ECB governing council member Klaas Knot said on Sunday the central bank was set to increase interest rates by 50 basis points in both February and March and would continue to raise rates in the months after.
European stocks end lacklustre week higher
Investors will look for more clues on the central bank’s tightening plans when ECB President Christine Lagarde speaks later in the day.
Among single stocks, German flavour and fragrance maker Symrise fell 7.1% after it reported a lower-than-expected EBITDA margin for 2022 and announced impairment for Swedencare AB.
Remy Cointreau rose 3.% after Citigroup upgraded the French spirits maker’s stock to “buy”. 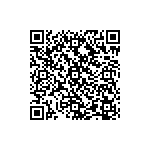