What Microsoft's new investment in OpenAI means for Google - TechTarget

After months of anticipation, Microsoft confirmed on Monday that it plans a multibillion dollar, multi-year investment in ChatGPT and Dall-E 2 maker OpenAI -- putting pressure on archrival and dominant search vendor Google to respond.

Microsoft initially partnered with the research company in 2019 when it invested $1 billion. It later gained exclusive rights to the OpenAI large language model GPT-3 in 2021. The New York Times reported the new investment from Microsoft, revealed a few days after the tech giant laid off 10,000 employees, will be $10 billion.

Microsoft said with the partnership it will step up development and deployment of specialized supercomputing systems to accelerate OpenAI's independent AI research and development.

The vendor also plans to deploy new OpenAI models across its consumer and enterprise products, including Azure OpenAI Services. Finally, Microsoft plans to power all OpenAI workloads across research, products and API services.

Since OpenAI introduced it in November, ChatGPT, a large conversational language model capable of writing academic essays and computer code and answering limitless queries with seemingly well-informed answers, the system's popularity around the world has rocketed, even amid concerns about its accuracy and potential to foster plagiarism.

Despite reports from the New York Times and other media outlets citing the $10 billion number, a spokesperson for the tech giant responded to TechTarget's request... 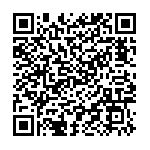