Technology and entrepreneurship are cornerstones of human growth in this digital era. A product-based fin-tech multinational with its premier client base of auto-industry Fortune 500 brands worldwide, Netsol has been engaged with emerging founders and technologies across the world for over two decades.
Nspire is the incubation initiative by Netsol set up by the vision of CEO Salim Ghauri, which has been formally operating to contribute to the development of the Pakistan technology and entrepreneurship eco-system since 2015.
Over this period, Nspire has incubated over sixty start-ups, held thousands of events and workshops, and gained good repute, network, and partners within and outside Pakistan. The last few years have seen a surge of businesses based on emerging technologies with a focus on engineering, tourism, education as well as social causes.
Nspire has been led by Ayub Ghauri since 2017, who has helped it to keep changing with the fast-evolving landscape of Pakistan. Under his vision, this year Nspire applied and won the bid for the new National Incubation Center for Aerospace Technologies (NICAT) with its consortium members, PAC Kamra, Air University, and Innovators Garage.
NICAT is being set up in collaboration with Ignite (National Technology RnD Fund) and Aviation City Pakistan (ACP), where Ignite is funding NICAT, being housed within ACP’s newly built Alpha Facility at the National Aerospace and Software Technology Park (NASTAP) situated at Old Chaklala... 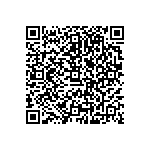