The U.S. Justice Department has just filed its second antitrust lawsuit against Google, signaling that the government is continuing to pursue cases against tech firms. This new lawsuit, which aims to make Google divest parts of its online advertising business, is the first against the company filed under the Biden Administration.

The Department’s previous lawsuit, filed in October 2020 under the Trump Administration, accused Google of using its alleged monopoly power to eliminate competition for internet search through exclusionary agreements. That case is expected to go to trial in September.

Google also faces additional antitrust lawsuits from several state attorneys general, including one focused on its advertising business led by Texas Attorney General Ken Paxton. California, Colorado, Connecticut, New Jersey, New York, Rhode Island, Tennessee, and Virginia joined the DOJ in this lawsuit. Google’s advertising business has drawn criticism for its market positioning, as it operates on multiple sides of the market, giving it unique insight and potential leverage. Google denies that it dominates the online advertising market and points to the market share of competitors like Facebook.

Not new. In July, Google offered to split the part of its business that auctions and places ads on websites and apps into a separate company under the Alphabet umbrella in an effort to fend off a lawsuit from the US Department of Justice. 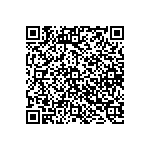