Washington, (UrduPoint / Pakistan Point News - 25th Jan, 2023 ) :The US Justice Department sued Google on Tuesday for its dominance of the online advertising market, launching a fresh legal battle against the California-based tech giant.
The Federal antitrust suit accused Google of unlawfully maintaining a monopoly that had "corrupted legitimate competition in the ad tech industry." "Google has used anticompetitive, exclusionary, and unlawful means to eliminate or severely diminish any threat to its dominance over digital advertising technologies," the suit added.
The case was launched by the US Justice Department (DOJ) in conjunction with eight states: California, Colorado, Connecticut, New Jersey, New York, Rhode Island, Tennessee, and Virginia.
Central to the case is Google's dominance of the ad tech business, the technology that companies rely on for their online advertising needs.
The prosecutors said Google "now controls" the crucial sector, meaning website creators earn less and advertisers pay more, all while innovation is choked by the lack of rivals.
"In pursuit of outsized profits, Google has caused great harm to online publishers and advertisers and American consumers," said Deputy US Attorney General Lisa Monaco in a statement.
The federal case follows state lawsuits against Google that have alleged it illegally dominates the markets for online search, advertising technology and apps on the Android mobile platform.
Google has denied vehemently it is a... 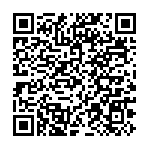