Google denies accusations from the U.S. Department of Justice that it unfairly favors its own advertising products.

Following the curtails of a 12,000-employee layoff on January 20th, the U.S. Department of Justice officially filed an antitrust lawsuit against Google this week.

With rumors swirling about a possible lawsuit for quite a while, this move from the DOJ is not unexpected.

The lawsuit has allegations concerning the tech company’s monopoly on the current digital advertising ecosystem.

Eight states so far have joined forces with the DOJ on the lawsuit. They include:

Remember that this lawsuit is separate from the first lawsuit from the DOJ back in 2020 against Google.

In the 153-page document, the DOJ argues that Google has created an advertising environment that favors its Alphabet-owned products unfairly.

Google, a single company with pervasive conflicts of interest, now controls:(1) the technology used by nearly every major website publisher to offer advertising space for sale; (2) the leading tools used by advertisers to... 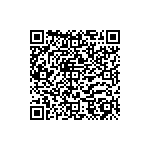