Google to release its own chatbot in 2023 - Bizcommunity.com

The search engine giant, Google, is jumping in on the explosion of AI-enabled text with the announcement that it is entering the AI race, with plans to release its own chatbot this year.

It’s been hard to ignore the news about artificial intelligence (AI) in recent weeks. The advancement of AI-driven copywriting and image creators has made a splash in both business and popular culture, quickly putting us on the cusp of a new digital era.

News that Google is releasing its own chatbot comes hot on the heels of the rising popularity of ChatGPT, a type of AI technology that uses natural language processing to generate natural language responses to user input. It can be used to generate creative writing, create automated translations, and even generate personalized responses to emails. Its impressive capabilities quickly catapulted the tool to reach more than one million users in under one week.

Users having fun with the varied responses that can be generated using ChatGPT.

ChatGPT’s quick success has sounded an alarm over at Google.

The New York Times reported that management at Google declared a “Code Red” after ChatGPT rose to fame, acknowledging its ability to completely disrupt the industry, particularly in the world of search. Microsoft has already announced that it plans to add ChatGPT features to its search engine, Bing, in the coming months.

SEO writer Danny Goodwin provides a good example of the potential impact ChatGPT could have on the SEO industry over at... 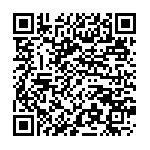