Pakistan’s dark age: The joke’s on us, and it’s no longer funny - Al Jazeera English

If I had a dollar for every time that I have heard the Pakistani people called “resilient”, I could probably single-handedly bridge our current account deficit while having enough left over to try to buy Kashmir from India.
We have been derailed by coups, split apart by civil war, faced multiple waves of attacks by armed groups and economic meltdowns, and are subjected to constant political shenanigans and yet we somehow keep going, much like a particularly demented energiser bunny who does not realise his battery ran out long ago.
We survive by using sarcasm so sharp it could slice steel. We have weaponised euphemisms and analogies (a skill honed by decades of on-and-off censorship and state repression) to the point that sometimes even we do not know what we are talking about. We cope by employing a humour darker than the Pakistani sky itself during our last nationwide power breakdown, the third of the kind in the past three years.
The lights went out at 7am on January 23, and despite repeated prayers and promises from the energy minister, remained off in most of the country till almost midnight.
Businesses shut down, hospitals could not function and just about every aspect of life came to a standstill as the power reserves of mobile phone companies and internet providers slowly ran out.
Faced with the crisis, those Pakistanis who still had some battery life in their phones immediately turned to the giant town square of social media, flocking to Facebook and Twitter not... 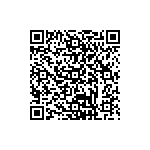