On January 25, 2022, the Turkish engineering company STM announced the delivery of the second upgraded Agosta 90B-class submarine, PNS/M KHALID (S-137), to the Pakistan Navy in Karachi.
STM press release
STM, one of the leading companies in the Turkish defence sector, has completed another critical milestone in its successful export projects. The second submarine, PNS/M KHALID (S-137), was delivered to Pakistan Naval Forces Command at a ceremony held, marking the latest step in the project to modernize three AGOSTA 90B class submarines.
Submarines Modernized with the Most Advanced Systems
The submarines’ sonar suites, periscopes, command and control systems, naval data distribution systems, converters, steering control systems, chilled water systems, and radar & electronic support systems are all being replaced. Systems produced by numerous indigenous and national companies, including ASELSAN and HAVELSAN, are also being exported within the scope of the Project. All hull-related structural modifications, materials, and workmanship activities carried out on the submarines under the modernization project have been certified by the international classification society DNV (Dat Norske Veritas).
Agosta Hits Target with Precision
The first Agosta 90B Class Submarine PNS/M HAMZA (S-139), modernized by STM for the Pakistan Navy, participated in the SEASPARK-2022 Tactical Exercise, during which it successfully fired a torpedo and sank a decommissioned frigate.
Agosta 90B Class... 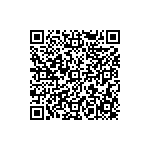