The planned installation of the indigenously developed Air Independent Propulsion (AIP) system on the Indian Navy’s Kalvari-class submarines lends a long overdue capability of staying underwater longer.
But only the system’s future performance as it begins getting retrofitted progressively on each boat will tell whether the Defense Research Development Organization’s (DRDO) AIP project has been successful.
Only on Monday, INS Vagir, the fifth vessel in the class, was commissioned into the Indian Navy. The AIP will be installed on the lead boat of the class when it is scheduled for a refit and upgrade.
This would also place the Indian Navy in a better position than Pakistan, with all three of its French Agosta-90B (PNS Khalid, Saad, and Hamza) powered by AIPs.
Pakistan is also expected to receive eight Type 39A Yuan-class AIP-powered submarines beginning in late 2023, as per a $5 billion deal with China.
First Indigenously Developed Air Independent Propulsion in India
On Tuesday, the DRDO’s Naval Materials Research Laboratory (NMRL) signed an agreement with French defense major Naval Group, the original manufacturer of the Scorpene submarines, to cooperate in the detailed design phase for integrating its AIP into the submarines.
This involves the Naval Group helping with the technical tweaks required in the submarine structure to accommodate the AIP, which will be installed as a module towards the submarine’s rear, increasing its length.
AIP-powered conventional... 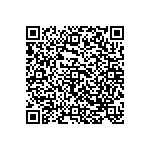