Those who oppose the law claim it has a chilling effect on the First Amendment. 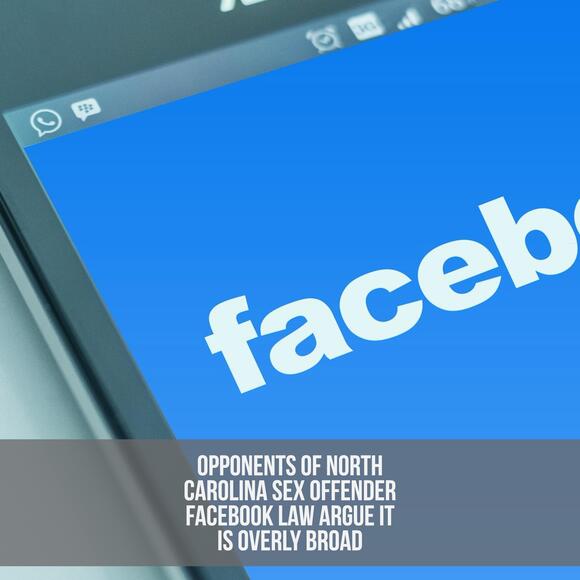 It may be hard to believe, but the social networking site Facebook has only been around since 2004. Since its founding, it has accumulated 1.86 billion monthly active users. The site has become a popular way to communicate with friends, share photos, reach customers, and reconnect with old acquaintances.

For registered sex offenders in North Carolina, however, Facebook is off limits. The state’s law banning sex offenders from using Facebook recently came under scrutiny in the U.S. Supreme Court in Packingham v. North Carolina. Under the law, anyone convicted of a sex crime — regardless of whether the crime involved a sex offense with a minor — is prohibited from using social networking sites that permit them to access information about other individuals and then contact the individuals through the internet.

The underlying purpose of the North Carolina law banning sex offenders from using social media sites is to prevent them from contacting potential victims online. However, those who oppose the law claim it has a chilling effect on the First Amendment.

According to a Forbes report covering the oral argument in the case, the justices’ questions and comments seemed to indicate they will rule against the law. Justice Ruth Bader Ginsburg stated, “The point is these people are being cut off from a very large part of the marketplace of ideas. And the First Amendment includes not only the right to speak, but the right to receive information.”

The Fast Pace of Technology

Packingham v. North Carolina is a good example of how the speed of technology frequently outpaces the law. One of the difficulties presented by a case like Packingham is that there simply isn’t much, if any, precedent for the Court to rely on. Snapchat was founded in 2011, and new social networking sites have followed. As future social networking sites are created, courts must examine the law to determine how broad or narrow the law is designed to be.