The Abuse Of Prescription Drugs And The Role Of Drug Makers

Camden County is suing drug makers to recover the costs of fighting the abuse of prescription drugs. Is this the start of a trend? 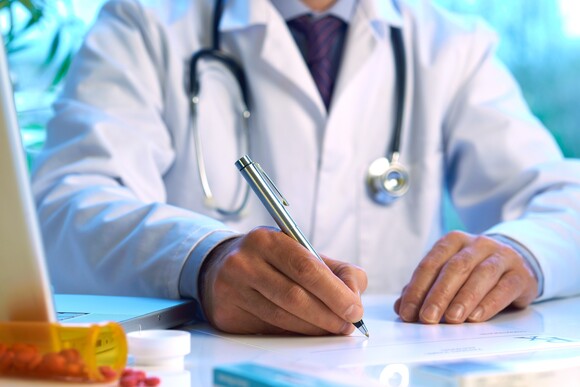 The abuse of prescription drugs has become a major public health problem as people addicted to prescription painkillers and to illegal opiates like heroin continue to die of overdoses.

The federal government has reacted to the opioid crisis by declaring it a public health emergency, which sounds good, but in reality, hasn’t done much to move the needle when it comes to lowering overdose rates.

One of the biggest challenges of this crisis is that big drug makers have been reluctant to take responsibility for manufacturing prescription painkillers that they knew were potentially addictive if patients took them beyond the recommended limit of seven days.

In fact, the opioid epidemic hasn’t done much to convince major drug makers to participate in the fight to get addicts into treatment, because the truth is, there is far too much money to be made distributing these medications to local pharmacies throughout the U.S.

However, that hasn’t stopped some cities and counties from trying to force drug makers to do their part, even it means taking legal action.

The most recent example is Camden County, New Jersey, which is suing drug manufacturers for distributing addictive painkillers that directly led to addiction and to fatal overdoses.

What’s interesting is that Camden County isn’t just taking legal action because drug makers flooded the streets with addictive painkillers, it is also suing to compel these companies to pay the county back for the costs of dealing with the addiction problem.

Drug Companies and the Opioid Crisis

Even the most tangential evidence shows that there is some correlation between drug companies and the opioid crisis. The question is whether there is actually some liability on the part of drug companies because liability opens up the opportunities for legal action.

Several years ago, claimants who were addicted to prescription painkillers sued Purdue Pharma, claiming that their addiction was a direct result of the company’s negligent practices.

The claimants said that Purdue Pharma failed to adequately warn about addiction risks on drug packaging and in promotional activities. (1)

Other similar lawsuits claimed that opioid drug makers intentionally misrepresented their products as being non-addictive, when in fact, the drug makers knew that taking these medications longer than a specific period of time could lead to addiction.

One of the weapons that claimants are using against opioid drug makers is a law that makes it illegal for companies to distribute products that are misbranded. The federal government is also suing opioid drug makers alleging that their products are negatively impacting public health due to widespread misuse.(2)

The government is also using the concept of deceptive business practices based on the idea that opioid drug makers are falsely representing their medications as being safe when they know they can lead to addiction.

The details of the Camden County opioid lawsuit are illuminating because the county is the first in the U.S. to file a racketeering lawsuit against a drug company as it relates to the distribution of opioids.

The suit alleges that Purdue Pharma participated in an epic scheme to deceive doctors and the public at large into believing that opioids can be prescribed for long periods of time, with little to no risk of addiction. (3)

The suit also alleges that Purdue Pharma’s fraudulent scheme resulted in billions in profits. As we covered earlier, the drug maker isn’t a stranger to lawsuits related to opioid manufacturing, but this is the first time it is being sued for racketeering practices.

In 2007, Purdue Pharma was ordered to pay a $600 million fine for intentionally misleading the public about the addictive qualities of one of its drugs.

Camden County would like a similar payout for its suit and listed the services it had to use to fight opioid overdoses from 2016 to 2017, which included:

The suit also alleges that Purdue Pharma has been hiding its practice under the cloak of pain management while pushing opioid painkillers it knew were highly addictive to the point that they could cause fatal overdoses.

Camden County did not release the amount of money it has spent fighting the abuse of prescription drugs, but it is likely seeking compensation in the millions.

A successful claim could pave the way for many more counties suffering from the effects of the opioid crisis to file similar lawsuits against other drug makers.

Anything that can help curb the distribution of opioids is a good thing, but the truth is that despite all their best efforts, lawmakers may find that the most effective solution is to increase access to addiction treatment for abuse of prescription drugs.

Serenity at Summit New Jersey Addiction Treatment Center in Union is only 40 minutes from New York City, and have all the services needed for people struggling with substance abuse and looking for a family style addiction treatment center.

Please call us today at 609-422-5788 to speak to one of our behavioral counselors who can tell you all your treatment options.

Drug Use In America: The Shocking Truth