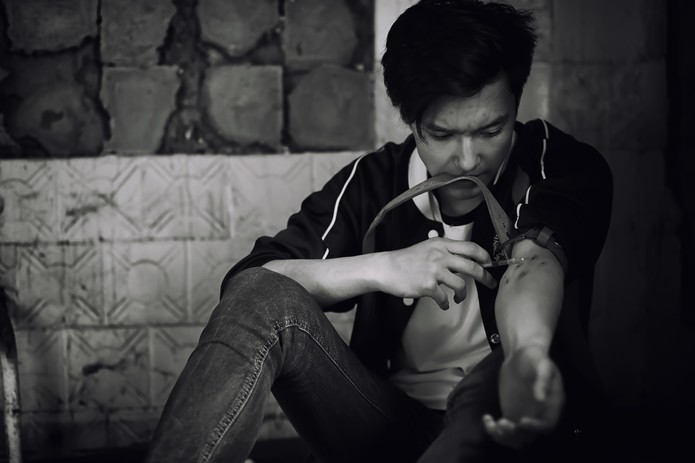 What are some of the risk behaviors caused by substance abuse, and why are they so dangerous?

One of the few good things about the opioid crisis is that it has shed much-needed light about substance abuse issues, and has triggered public debate about developing new ways of handling this challenge.

Lawmakers and healthcare officials throughout the U.S. have implemented programs aimed at curbing the number of fatal overdoses among their residents, and in some instances, those programs are radical and controversial in nature.

But the dangers of substance abuse are not just about the potential for fatal overdoses, they are also about what long-term drug use does to a person’s personality and character.

In fact, there is ample evidence that substance abuse can lead to a number of high-risk behaviors, which makes the challenge for lawmakers, healthcare workers and family members of addicts even more difficult.

Let’s take a look at how drug use can trigger risky behavior, beginning first with an understanding of how the brain is impacted by long-term drug abuse.

The Effects of Drug Abuse On the Brain

Many studies have shown that drugs interfere with the way the brain communicates, which means that drugs short-circuit how information is sent, received and processed.

We know that some of the effects of drug abuse on the brain involve the reward system by producing abnormal amounts of dopamine, a neurotransmitter that controls emotion, motivation, movement and how we experience pleasure.

When dopamine is at normal levels, it controls natural actions that we take on a daily basis. For example, if we eat chocolate, dopamine is released that tells our body that we really enjoyed the taste of chocolate and sugar, and sends signals that we should continue that pleasurable action.

But when you take drugs, the surge of dopamine overwhelms the brain and leads to powerful cravings for more of those drugs.

The reason is that some drugs can release 2 to 10 times the amount of dopamine that natural rewards such as eating and sex do. In some cases, this occurs almost immediately (as when drugs are smoked or injected), and the effects can last much longer than those produced by natural rewards. The resulting effects on the brain’s pleasure circuit dwarf those produced by naturally rewarding behaviors. (1)

This produces cravings in a drug user that are hard to ignore, and often makes them take more and more drugs to achieve the high that the brain finds so pleasurable.

But what’s just as dangerous is that drugs also have a negative effect on the parts of the brain that control decision-making and impulse control.

As a result, drug and alcohol abuse often lead to impaired judgment, which means that addicts are much more likely to take risky actions that they wouldn’t have if their brains weren’t compromised by drug and alcohol use.

The Relationship Between Substance Abuse and Risky Sexual Behavior

Studies have found that teenagers are the group most vulnerable to problems related to substance abuse and risky sexual behavior.

According to the Centers for Disease Control and Prevention (CDC), there is a strong correlation between drug and high-risk sexual behavior among teens.

This high-risk behavior includes unprotected sex, multiple sex partners, and a higher likelihood of becoming pregnant before the age of 15.

In fact, as teenagers use more drugs, their chances of having multiple sex partners also increase, and teens that abuse cocaine, marijuana, alcohol and prescription drugs are more likely to engage in sexual risk-taking. (2)

But risky behavior doesn’t occur in a vacuum, and some of the risk factors for teenagers include:

The CDC has recommended several prevention programs to help reduce the incidences of risky sexual behavior among teenagers, including:

In addition to high-risk sexual behavior among teen drug and alcohol abusers, studies have also found a correlation between substance abuse and crime, including: (3)

Nearly 20 percent of state and federal inmates said that their high-risk criminal behavior was directly related to their desire to get money to buy drugs. That’s because people who struggle with drug or alcohol dependency are compelled to do whatever it takes to get their hands on these substances, and that may sometimes involve illegal crime.

People who seek help for substance abuse often find that detox is the first step toward an effective plan of recovery. Detox helps to control cravings, and also gets rid of the alcohol and drugs that are poisoning an addict’s body.

If you live in New Jersey, Serenity at Summit New Jersey Addiction Centers in Union provides addiction treatment services for New Jersey residents, and we are only 40 minutes from New York City. Please call us today at 609-422-5788 for more information about how we can help you.