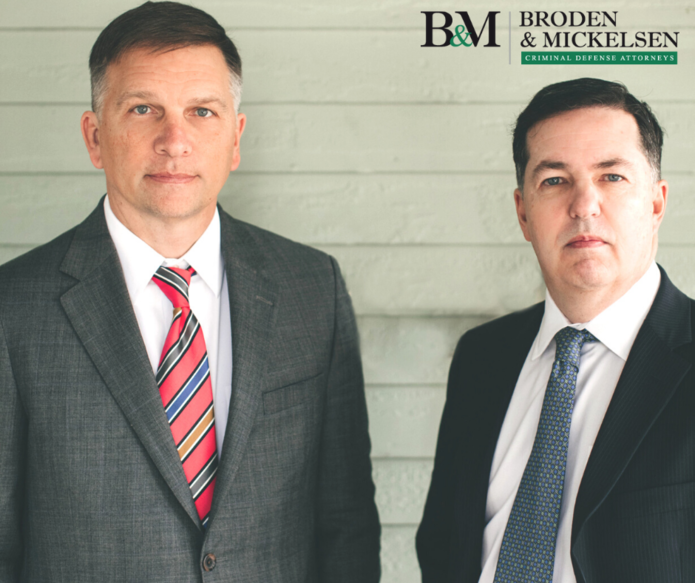 The Dallas-area legal team explored the research of a study by Syracuse University study that found a nationwide drop in federal prosecutions for fraud, insider dealing, and more

Also known as corporate crime, white-collar crime refers to non-violent offenses that are financially motivated, such as embezzlement, money laundering, fraud, and more. According to the report, only 259 defendants were charged in January of 2020, marking the single lowest rate of criminal prosecutions since federal record-keeping began in 1980.

The blog, titled Prosecutions for White-Collar Crimes Fall to a New Low, Broden & Mickelsen unpack much more than just the baseline findings of the report, looking into the deeper implications of how white-collar crime prosecution is changing in America.

“The [Syracuse University] TRAC report is probably the most authoritative source for this kind of information, so needless to say we were more than a little surprised to see just how far the numbers have dropped,” said Mick Mickelsen, Partner at Broden & Mickelsen. “Of course, it is important to note that the drop in prosecutions does not seem to correlate with a drop in white-collar crime.”

However, the United States Department of Justice has questioned the validity of the TRAC report, calling into question the study’s accuracy. Ultimately, they have refused to verify the conclusions laid out in the report.

The Broden & Mickelsen blog goes on to detail the fact that in their home state of Texas and in many places across the United States, over 30% of business owners have been targeted by a white-collar criminal at one point or another, often being scammed out of considerable amounts of money.

The most prolific example of white-collar crime is also discussed at length within the blog post, telling the tale of Bernie Madoff and his white-collar Ponzi scheme that allowed him to swindle more than $65 billion from American investors leading up to the financial collapse of 2009. Madoff was sentenced to 150 years in prison for his crimes, a number that has made him the unofficial mascot of white-collar crime in America.