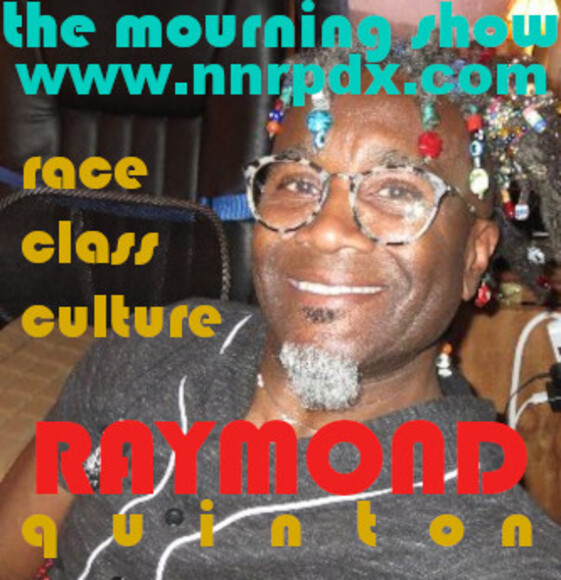 Portland Oregon legendary publisher pushes the envelope on new media in his area in response to COVID, race, class, and culture conflicts in America. He said it's time to a change, a time for relief, and a time to protest AND laugh at the irony of the day, something he's been doing for a long time. "This is something I've always wanted to do," said Raymond F. Quinton, a local legendary editor and publisher. "I've been in publishing and media for a long time but the newest medium of Internet radio has always appealed to me as a way to reach a broader, diverse audience and learn some new media skills."

Quinton, a long-time media innovator and educator, moved to Portland from San Francisco in the 90s, where he founded the Bay City Guide and 10 other newspapers and magazines over the years. Quinton is a successful author and independent publisher with 9 books under his belt, including a best-selling restaurant guide. Quinton currently coordinates the student newspaper program at Portland Community College, one of the nation's largest colleges.

"I'm a Jamaican American. I'm older. I'm of African descent. I'm in media. I'm in Portland. I'm surrounded by race and class inequity. In the last 40 years I've always tried to push society to change and recognize Black people as humans and equals and this crazy pandemic served to push people's frustration levels to the brink and expose the underbelly of injustice in this society; all those things Black people knew always existed," Quinton said. "And, while all this has been eating away at us for a long time, we have to find a way to process it without being angry all the time, all day long. Satire has always given Black people a way to balance our anxieties with the realities of this society."

Quinton said he started the station, called Neighborhood News Radio, to be that outlet. He said he wants it to be a place where unconventional satire lives, and a place where artist--especially people of color--can cut lose and really be creative about what they see happening without fear.

"Writing is art. Satire is art. Black people have always excelled in expressing the ironies of this society but we're not always recognized for the genius that exist in our mastery of the written word and our willingness to be creative with it and express it our way," Quinton said. "So, I'd like to really push the limits on satirical arts and express that through our content."

"I've produced hours of brilliant content that includes my one-hour-long morning show where I have a candid discussions with the audience about subjects most talk-show hosts consider taboo. I read from my books too. And, while reading my crime novel A Pitch in Crime, I discovered it was not only a great satirical crime novel, but every page had content I could use in my morning shows. So, I read a paragraph or two and talk about it. It works."

Quinton is hoping to get more contributors from Portland and around the country and world. He said he's not interested in playing music from the past or the latest greatest songs. He said people get bored with that. He said the value and listenability of the station depends on original, innovative, sometimes crazy content that's driven by clever scripts, creative musical engineering and, as he said, having fun and changing the world.

"Satire is a bridge builder. It allows people to see between the lines and think and laugh. It's a connector. And we think we have a great formula for a great station," Quinton said.

Quinton also said he has no illusions about Internet radio. "There are millions of them. But, I guarantee you, most are playing music. We already have hours and hours of original, really innovative content. And we produce more every week; multiple serises and features," he said, "but success will depend on luck, stamina, innovation and a lot of support for everyone who appreciates what we do. Something being long shot, however, does not mean we shouldn't try. Inspiring one person is as valuable as inspiring millions, especially if YOU happen to be that one person. So, we need to keep trying."

He added that it's a bit of a fluke that we were able to produce so much great content. He relies on some old friends and a few years of producing radio theater in a friends basement for almost four years in the 80s.

"That was great training. Now, I finally get to use it. And being a brilliant amateur pianist helps with music production. I'm taking a liking to this music production thing. I kind of surprised myself. I'm introducing a new music genre called ElderFunk that features my associate Hundred Year Old DJ Senior who works with Twenty-Something DJ Franklin. While I'm at it, I also want to give our aging citizens a voice too. Why not. I'm getting there too. And damn proud of it. I made it this far. I might as well raise some hell before I go out kicking and screaming."

Quinton said he's particularly proud of not only his morning show titled Mule To Man, A Plan for New American Negro 2.0, but also the series A-Hole in a Pickup Truck, At Home With Bob and the Action Audio Reading of a story called Smells Like Envy.

"As you can see, we start with the title, then we build the content and these are just a few. We're always looking for new writers of color. Writing opportunities are few and far in between for brilliant black writers and people of color. So, I'm hoping I can reach out and reel a few more into this medium. It's perfect for us, and I want to exploit it for social, intellectual, and satirical good."

Quinton said he can be reached by text or email at 503-592-0383. Or, anyone interested in more info can contact station manager Bob Simmons by email at [email protected] For schedules and ways to contribute and support or sponsor the station broadcast go to www.neighborhoodnewsradio.com. Some content is available in all major Podcast formats, including Apple, as well to allow for ANYTIME listening. Samples can be found at Anchor.com - Listen Now. For all content, listen to the station broadcast 24/7 at Live365.

SANTA For POTUS To Benefit Heroes For Children