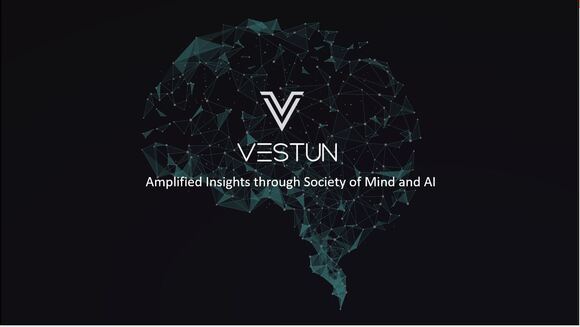 Vestun, a Swiss-based financial and technology company has now opened the launch of its hedge fund to new outside investors. The firm which until now has been only managing its own capital announced that its investment vehicle will open to institutional investments including banks, multi-family offices and asset managers within certain jurisdiction.

The company flagship strategy trades liquid US equities systematically. The strategy is designed to autonomously adapts its portfolio and risk exposure dynamically to the prevailing market conditions. In contrast to traditional systematic strategies, Vestun’s approach does not rely on statistical rules and historical events to generate signals. Instead, the strategy aggregate domain specific intelligence with datasets that individually perform in their own economics while remaining uncorrelated against each other.

Chayan Asli, the founder and CEO of the company commented: “Nowadays, everyone has access to the same financial datasets and machine learning models. If everyone uses the same smart systems with the same recipe for success, it will undermine the competitive advantage obtained by using computer-driven models to invest. In our belief, relying on signals generated from statistical rigid rules and backtesting history are not sustainable for delivering consistent long-term market outperformance”.

Over the past decade, there has been an increasing number of funds involving data scientists or so-called “quants” using machines to build large statistical models. While they are usually more disciplined than their discretionary counterpart, the problem is that they tend to remain static. These models are usually not able to perform sustainably because the market is constantly changing and shifting. As the market evolves and uncertainty increases, they often not perform as well as they did in the past.

Vestun challenges this with a system free of rigid-rules and over-fitting. The company’s chief scientist, Stephen Varey is a pioneer in artificial intelligence with over twenty year spent on developing intelligent and risk engine systems for banks and hedge funds including HSBC, JP Morgan and UBS. Before joining vestun, he served at Cognizant as a lead AI architect, where under his supervision, it won the prestigious AI breakthrough in 2019.

He commented “Most commercially available AI applications only focuses on Machine Learning, a subfield of AI which is best suited to recognizing patterns but not understanding them. As there is no understanding, Machine Learning do not explain its thinking so cannot be given autonomy in non-stationary situations. The intelligence of these applications can be boosted by modeling human expertise”.

While the company wish to keep its performance confidential, the management mentioned that the recent turbulence was a good stress test to reinforce the validation of their investment process. Their strategy performed sustainably during the pandemic with limited volatility in comparison to benchmarks.

According to Vestun CEO “The crisis is a good mean for revealing the relevancy of a successful investment strategy. Being able to keep consistency throughout reversing times is an important factor when considering the reliability of a given diversified investment process”.

Vestun is a technology company that applies AI in asset management and organizational intelligence acquisition. Based in Zurich, Switzerland, the company was established with the vision to enable new breakthrough in AI by combining the power of shared machine intelligence with human-networked cognition. Vestun’s AI platform "Hawkrel" amplifies enterprise intelligence with significantly more accurate and deeper insights to address complex situations which standard analytical systems cannot solve.

Hawkrel is currently used to produce predictive and market agnostic investment strategies by Vestun. It also runs pilots for financial institutions with use-cases such as transactions frauds, credit scoring and risk management. The team comprises a highly experienced board and leadership in asset management, AI and data-science. Vestun‘s financial solutions are only offered to qualified and institutional clients. Vestun is authorized and regulated in Switzerland as a financial intermediary and is a member or the industry organization for asset managers.

Artificial Intelligence is the Future of Customer Service - Miquido
Featured