Christopher C. Lee is the youngest photographer to be formally inducted into the San Francisco region’s internal list of world-class photographers in the last several years. 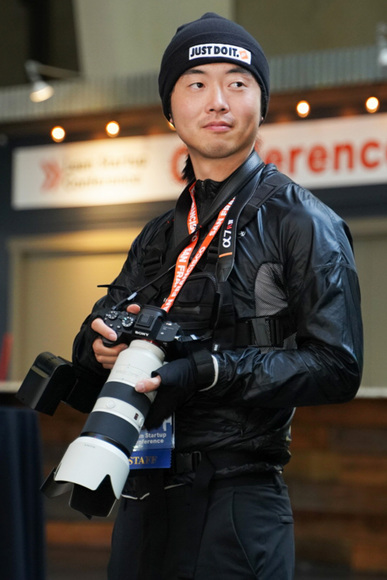 The California-born artist is an incredibly talented Renaissance man. He is proficient in software development, with many notable experiences under his belt which include previously developing for UC Berkeley Law and TubeMogul. Despite having a Bachelor of Science degree in Electrical Engineering and Computer Science from the University of California - Berkeley, he has shown that there is much more to him than his formal education.

Chris is a very notable personality not only in the United States, but across international photography and cinematography forums as well, thanks to his iconic style and creative vision.

Chris Lee has made his prowess behind the camera evident, with the multitude of achievements he has gathered in his creative career of thirteen years as of 2020.

He is skilled in many different types of photography as well as cinematography, bringing his unique touch and critical eye to every situation and genre. He has taken shots for Porsche and Bring A Trailer - exhibiting his expertise in car photography, snapped mouthwatering pictures for Doordash, and even Swarovski, the crystal jewelry brand, and the Australian luxury lingerie brand, Honey Birdette, are witnesses to his fashion photography skills at their live events.

He takes portraits that have long been said to ‘bring out the soul’ of his subjects, which with time became somewhat of an urban legend. Some of his notable photography subjects include Vitalik Buterin, the co-founder of Ethereum, and Balaji Srinisivan, the former CTO of Coinbase.

He has been called “The Crown Jewel photographer of Silicon Valley” due to his success in introducing creative projects to the technology sector. These include projects that involved Google, Microsoft, and many other tech brands.

Not only is he a photography expert, but Chris C. Lee has also made his name resound in the ranks of documentary videographers and cinematographers. He worked as a videographer for Sky News, an Australian satellite and cable news network that features Coincast, prominent blockchain investor relations and media company.

He has shown his genius in music video work and has worked with artists like $tupid Young and MB Nel (of Empire Distribution) on their hit single, “Popout.” Let’s not forget his former collaboration with Identity X, a well-known dance group that performed at World of Dance.

He also helped production in the promotional video for the designer headphone brand “Axent Wear”, gaining them $3,000,000+ in funding and over half a million views on YouTube.

Christopher’s creative works and art all stem from an innate desire to push his creative boundaries. His brainchild, Troo Wear (www.troowear.com), a streetwear label focusing on individual freedom of expression, is an indicator of that exploratory desire.

Underneath his massive résumé, Christopher Lee remains a humble, straight-forward, and authentic person despite being featured on Forbes, Entrepreneur, Yahoo, Business Insider, and Bloomberg, among others.

He owns a professional media production studio, Photomochi (www.photomochi.com), located in the San Francisco Bay Area. It is a highly sought-after avenue where his art, photo, and video projects are exhibited, ranging from engagement parties to social media marketing to short films to music videos, and more. He has also added a collection of drone videography to the mix, giving beautiful aerial shots to clients who request the service.

Christopher C. Lee Makes His Debut as a Superhero Photographer in an Illustration With Esteemed Artist Warrick Wong
Press Releases