There are dozens of programming languages in the world. Here are the 5 most popular ones you can learn today. 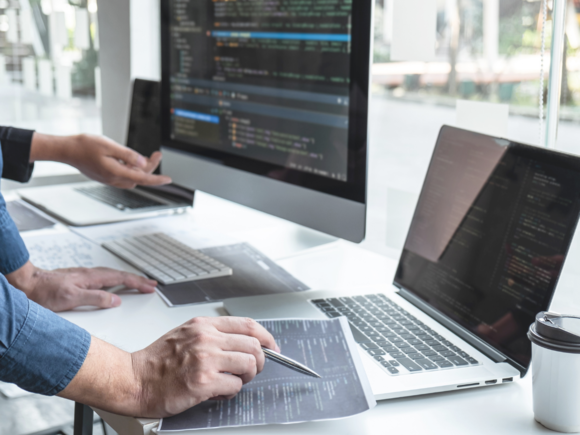 This is a list of the most popular programming languages in the world according to GitHub and Business Insider.

JavaScript and Python are both considered to be incredibly capable programming languages. In the world of interactive software and data analytics, these two languages are consistently being utilized.

JavaScript is used to build web pages for interactive websites. Developers love the language for its lightweight, flexibility, and power. The average salary for a developer is $118,000. However, it’s not Java; there is a clear distinction between the two.

Python is the language of data science. It’s a relatively easy language to learn and integrated with other languages like C++ and C. However, since Python isn’t suitable for mobile apps, it is perhaps slightly less used than JavaScript. Average salary for developers is round $120,000.

Java, though having nothing in common with JavaScript, is still a great programming language. You may remember playing a lot of games on old Nokia phones and Samsung phones that were built on Java. That’s why it’s still used to develop mobile and web apps as well as games and data driven software. Its similarity to C++ and C# is also advantageous. Average salary for developers can go as high as $104,000.

PHP is a hypertext processing language. The language is open source, which is always a plus for the programming community. It is used for web development; which is why you may have noticed the “php” extension on some web pages. It has been used by both Facebook and Yahoo! That being said, it’s not considered the best programming language. In fact, coders have maligned it as a programming language.

C#, pronounced C Sharp; was created by a Microsoft developer team. It is quite similar to Java and is used for mobile games, apps, and enterprise software. Average salary for a developer is $97,000.

C/C++ are languages that most people learn when they begin coding. They’re considered good foundations for coding. While C is an old language that is considered obsolete for modern use cases, it still has complex syntax. Hence, it helps familiarize programmers with programming logic, semantics, and syntax.

C++ helps to run systems that run apps themselves. Coders have written huge libraries and compilers for C++ over the years. Importing these libraries is essential to understanding programming languages and code. That being said, C++ shares obsolescence with C; its source.

Both languages can yield an average annual salary of $97,000.