I wanted to be part of something greater, something bigger than me.

NFM Lending is pleased to honor Sergeant Marion LaBeet, as the NFM Salute for April 2021.

Like so many who join the military, LaBeet first became inspired to serve through someone close to her. In this case, that person was her brother-in-law, who was in the U.S. Navy. "It was such a pride to see him serving the country, just proud of what he was fighting for and what he believed in," she remembers. "I wanted to be part of something greater, something bigger than me." She held onto her dream until she graduated from high school when she enlisted in the U.S. Army. It was only a few months later, after finishing training, that she deployed as a truck driver to Afghanistan in 2012 as part of Operation Enduring Freedom.

Very quickly, LaBeet experienced the scary reality of deploying to a war zone. Her unit was attacked the first night they arrived, and Labeet remembers "jumping out of bed, to hearing rockets flying…wondering if I'm going to make it back home to family." She was worried for her two sons, who were young at the time.

LaBeet served as an Ammunition Stock Control Specialist, where she delivered munitions, food, water, and other supplies to soldiers at neighboring campsites. Her logistics skills helped the Army save millions of dollars through cost avoidance efforts. Aside from the daily challenges of keeping the military cost-efficient, LaBeet struggled internally with women's unequal expectations in the armed forces. "Being a woman in the military meant I had to work twice as hard to be seen," she said. "I always felt like I had to be in top fit shape, I had to know my regulation in and out, I always had to set a higher standard for myself and operate at that highest standard to be taken seriously."

When LaBeet returned home on leave, it was difficult to get used to not being on the battlefield. She experienced nightmares and said she was "trying to cope with the things I'd seen during the tour, still reaching for my weapon when it wasn't there when I didn't need to do that anymore." Despite all she had endured, LaBeet reenlisted and was sent to Fort Shafter, HI. It was there she met her future husband, Carl, an Army Veteran of nine years himself.

In 2018, LaBeet left the Army after serving eight years, ending her military career as a Sergeant. Following her departure from the Army, she created a new path for herself by becoming a cosmetologist and business owner. LaBeet lives in Jacksonville, FL, with her husband and two sons. She enjoys running her hairstyling business and making her clients feel beautiful.

NFM Salute is an initiative in which one military member or Veteran is chosen each month to be honored as the "Salute of the Month." Salutes are chosen from nominations on the NFM Salute website, www.nfmsalute.com. The "Salute of the Month" will be featured on the website with a biography and information about his or her service, and NFM Lending will donate to a non-profit in the Salute's name.

NFM Lending is proud to donate $2,500 to Code of Vets on behalf of LaBeet. NFM looks forward to the opportunity to continue to honor military and Veterans through the NFM Salute initiative.

NFM Lending is a mortgage lending company currently licensed in 42 states in the U.S. The company was founded in Baltimore, Maryland in 1998. NFM Lending and its family of companies includes Main Street Home Loans, BluPrint Home Loans, and Freedmont Mortgage Group. They attribute their success in the mortgage industry to their steadfast commitment to customers and the community. For more information about NFM Lending, visit www.nfmlending.com, like our Facebook page, or follow us on Instagram. 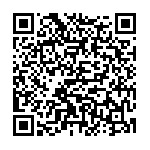