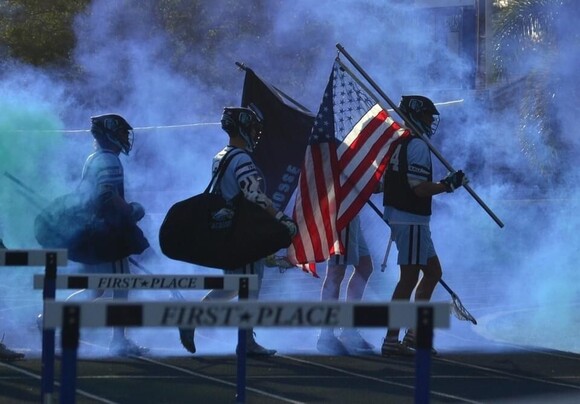 BOCA RATON, FL // April 2, 2021 - A nail biter between the Boca Raton High School and SJPII Academy in 2019, with a late goal to end the game in favor of Boca, then a canceled season on 2020, left the rivalry open to question as the teams faced off on Wednesday night at the Academy.

At the first whistle, SJPII hit their mark and continued on the forward momentum of a recent winning streak over teams in their division, among others were top contenders, Oxbridge Academy and American Heritage School in Delray, FL. SJPII Academy is currently 7-4 with close games against the reigning state champs, Ponte Vedra (9-7L) and Benjamin School (9-8L).

Saint John Paul II Academy’s team captains delivered and led their team by example. Senior, Charlie Shannon went 90% at the faceoff X against a very talented athlete from Boca Raton, Chris Testa (sophomore). Landon Reichert, SJPII’s junior goalie and assistant captain, had a near-perfect game, only allowing one goal, while Trevor Dick, (senior and High Point commit) led his defensive side with forced turnovers and transitions. On offense, Travis Dick (senior and High Point commit) had 8 points on the night with 5 goals and 3 assists. Travis set the standard by which his team followed as 8 more goal scorers emerged. Matt Evans, freshman midfielder had himself a night with a late game hattrick and an assist. Mike Evans, freshman attackman, had 2 goals, including a behind-the-back goal that went viral when Press Lacrosse featured the goal on Instagram, off of a feed from junior midfielder, Henry Konsker, who had 2 goals on the night. Before a minor injury, crease attackman, Jake D’Antuono had 2 goals on the inside with feeds from senior lefty attackman, Joe Dean. Dean had 1 goal in the Boca game, but Joe is the second leading attack scorer with 38 points this season so far, behind Travis Dick who touts an impressive 58 points, 28 goals and 30 assists. Single goal scorers who added points were freshman, attack/mid Morgan McMeekin, senior faceoff athlete, Charlie Shannon and Sophomore midfielder, Kyle Davis.

Saint John Paul II Academy has added partners to their ranks, such as TheProgram.org. Led by purple heart recipient, Sam Cila, the team endured judgment day (a weekend full of team building and rigorous exercise at the beginning of the season). The team has kept all of the discipline gained from that weekend and continues to grow and follow the motto of, 1 more.

Looking ahead, SJPII is a serious contender for the state championship this year. As playoffs are about a week away, SJPII Lacrosse is not looking back on their close games against Ponte Vedra and Benjamin as losses, but learning experiences and something to build from. 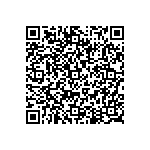