Belgian-born, New York-based billionaire Philippe Laffont has been busy in Q1. After scoring 65% gain last year, the hedge fund manager of Coatue Management, with over 26 billion in assets, has doubled down on technology stocks that are anticipated to benefit from the economic reopening.

In a statement, Mr. Laffont says, “I used to think it was all stock picking. The truth is, risk management is half the battle. Portfolio management is like poker, you don’t always get perfect cards, and you need to manage your stack. My risk management is broken down between rules I never break and principles that reinforce good habits.”

He says, “only 10% of S&P companies grow 20% or more. They have 100 Billion of cash. Meanwhile, the other 90% have 1.8 Trillion in net debt. All the growth companies have the cash, the old companies (have) the debt. Good luck competing against the innovators!”

Philippe Laffont has disclosed 76 total holdings in Coatue’s latest filings. The most recent portfolio value is calculated to be $ 26,732,667,000 USD.

Actual Assets Under Management is this value plus cash which is not readily disclosed on Portfolio Insider.

This technology investing billionaire raised his position by 17% in Walt Disney, plowing over $2 billion into the stock amid hopes the world’s largest entertainment company is likely to benefit from vaccine rollout and economic reopening. Its flagship streaming alternative to Netflix named Disney+ has already gained significant traction by garnering more than 100 million paying subscribers within a short span of 16 months.

Despite slower than expected Q4 stock performance, Investors look optimistic about its streaming platform, which exceeded the 100 million subscribers milestone only after launching the streaming service one and a half years ago.

“The enormous success of Disney Plus ... has inspired us to be even more ambitious, and to significantly increase our investment in the development of high-quality content,” CEO Bob Chapek said. “In fact, we set a target of [more than] 100 new titles per year, and this includes Disney Animation, Disney Live-Action, Marvel, Star Wars, and National Geographic.”

Further bolstering the investment thesis for Walt Disney Co. (DIS) is our research showing at least 4,359 institutional owners and shareholders. These institutions hold a total of 1,352,061,191 shares at the time of this writing. The Largest shareholders include Vanguard Group Inc, BlackRock Inc., and others,

Shares of PayPal are up 164.8% in the past 12 months, but the pace of growth could depend on its wager into Bitcoin (BTC.) PayPal is a long-running favorite stock holding of Coatue Management. Mr. Laffont’s firm first initiated a position in PayPal in 2016 and added to its existing stake recently.

PayPal Holdings Inc announced that it has started allowing U.S. consumers to use their cryptocurrency holdings to pay at millions of its online merchants globally, a move that could significantly boost the utility use of digital assets in everyday commerce.

Despite easing social distancing policies, the payment processor's fundamentals look strong. The company’s strategy of expanding crypto services is among the biggest catalysts for revenue growth projections. Perhaps Mr. Laffont has wagered over $1.6 billion of his firm's capital by betting on Its crypto revenues expectation to cross the billion level next year. Portfolio Insider has tracked at least 3,771 institutional investors holding at least a total of 1,181,492,406 shares.

The shares of the world’s largest electric vehicle manufacturer Tesla, boasted an annual increase of 625.03%, only bested by Bitcoin soaring over 800% in the past year.

Further solidifying the shift toward inflation inverse treasury management, Tesla announced it has bought $1.5 billion worth of bitcoin.

In a statement, the EV company said it bought bitcoin for “more flexibility to further diversify and maximize returns on our cash.”

The self described “Technoking” Elon Musk disclosed that it is now possible to buy Tesla vehicles in the U.S. with bitcoin. In a public statement, the visionary said, “Pay by Bitcoin capability will be available outside the US later this year.”

Last year, Tesla was the biggest contributor to hedge fund Tiger cubs, with among the best returns in the last two decades. In Q4, the New York-based hedge fund slashed its stake by 30% in Tesla to 5.68% of the overall portfolio. The stake sale represents Philippe Laffont’s strategy of capitalizing on a massive share price run. Tesla's stock price grew close to 700% during the pandemic year.

Analysts generally agree the future fundamentals of Mr. Musk’s electric vehicle manufacturer look strong. This is because of the robust demand for self driving autonomous cars across the world.

Tesla just reported first-quarter vehicle production and delivery numbers for 2021. In total, it delivered 184,800 vehicles and produced 180,338 cars. Professional analysts were expecting Tesla to deliver around 168,000 vehicles during this period, according to estimates compiled by Portfolio Insider.

Philippe Laffont’s hedge fund is doubling down big on fintech payments holding over $1.3 billion in shares of Square (SQ.) Coatue Management raised a position in Square by 11% during Q4 to 4.99% of the overall portfolio.

Billionaire Jack Dorsey’s Square has delivered over 400% returns in the past 12 months as it capitalizes on touchless payments and small business loans.

Besides Q1 performance, market analysts quoted on Portfolio Insider are calling it a long-term bargain. Oppenheimer analyst Jed Kelly provided a $280 price target to Square stocks amid strong revenue growth projections. “We are incrementally bullish on management’s strategy to invest in its sales force to move upstream and target more mid-market sellers (more than $500,000),” Kelly said.

“As Square attracts more mid-market sellers, we believe it can create a dynamic marketing platform by combining both cash/seller ecosystems through Boost,” he added in a statement on Portfolio Insider.

Sunrun Inc. (RUN) has 849 institutional owners besides Mr. Laffont and in total, they hold at least 219,088,428 shares. Billionaire Philippe Laffont first initiated a position in a residential solar energy systems provider during the third quarter and increased his stake by 126% to 4.85%, according to data on Portfolio Insider. Sunrun stock is up approximately 502% in the last 12 months.

"We believe U.S. solar demand is back to, if not actually trending above, prior expectations for growth before the onset of the pandemic in early 2020," said the Goldman Sachs analyst statement on Portfolio Insider. "Our ongoing channel checks with downstream distributors and installers also resonate with our expectations that demand heading into 2021 remains strong." 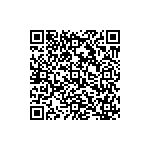