As a global meteorological outpost, the mechanism and influence of climate change on the Qinghai-Tibet Plateau are complicated. By Hengduan Mountain Research Society

As a global meteorological outpost, the mechanism and influence of climate change on the Qinghai-Tibet Plateau are complicated. In October 1998,he led the "Yarlung Zangbo River scientific rafting expedition"， drifted 1,600 kilometers from the Jiemayangzong Glacier in Zhongba County, Tibet, the source of the Yarlung Zangbo River, to Pai Township (today's Pai Town) in Mainling County. After that, he crossed the Grand Canyon on foot and spent 35 days crossing the Yarlung Zangbo Grand Canyon. In 2010, he launched another bold project, "Asian Water Tower -- International River Survey on the Qinghai-Tibet Plateau” and spent six months visiting a majority of international rivers on the Qinghai-Tibet Plateau. Although he had explored most of the rivers on the Tibetan Plateau over the past 20 years, in this mission, he did a systematic, complete, inch-by-inch survey of the headwaters of Asian great rivers that originate on the Tibetan Plateau.

During the investigation, he felt the benefits that the implementation of the River Chief System in recent years has brought to the protection of both water resources and the relevant environment on the Qinghai-Tibet Plateau, and he could clearly see the efforts of climate actions such as the layout of clean energy and de-coaling. But the unprovoked accusations, such as artificial rainfall on the Tibetan plateau, are always discouraging. Regardless of the standpoint of science, the well-rounded artificial rainfall, as a very scientific and rigorous scientific practice, has been used in the United States, Australia and other countries. However, many people still believe that artificial rainfall is to release some cold air into the clouds. The most important fact is that the Tibetan Plateau region of China has a small population and the natural ecology has been able to meet the need of local living conditions. Therefore, large-scale artificial rainfall has no practical application scenario and practical significance at all. To top it all off, some people believe that China is just competing with India for rainwater.

he have heard similar rumors and prejudices at many South Asian Non-governmental organizations' symposium on international rivers. Most of the participants remarked, "It is amazing how little the media of each country knows about its neighbors." In this environment of lack of communication and political suspicion, debate is often driven by lack of information and political smear, and alarmist media reports are more likely to fan the flames of national conflicts.

There has always been controversy around the discussion of climate change, especially the various claims of the scientific interpretation of the mechanism of climate change. What is even more puzzling is that negotiations on climate action, without strong scientific support, seem to only strive for profit, and humanity will lose its way if it continues like this. The scientific community has long believed that the Qinghai-Tibet Plateau is the frontier of the earth science, with many key issues to be broken through. Tackling climate change will be futile or even disastrous before it is solved.

What are the main causes of climate change and glacier melting on the Qinghai-Tibet Plateau? In recent years, some researchers have suggested that when the solar system moves out of the Quaternary Ice Age and into a higher background energy field, it is the cause of the temperature rise. However, he believe that the temperature rise at the altitude of 5,000 to 6,000 meters is mainly caused by the fact that a large amount of greenhouse gases emitted by human beings absorb heat in the atmosphere of the Tibetan Plateau in the atmospheric circulation. Therefore, they should face and share the responsibility together instead of making groundless accusations against any one country in order to deal with climate change on the Qinghai-Tibet Plateau and even over the whole world.

Vice President of the United States Harris pointed out recently, the war for water resources will come soon. In he’s opinion, both water resources and the influence of global warming on the Tibetan Plateau are a fait accompli, the unilateral effort of each country is only a temporary solution. Environmental protection is not just a matter of pure science, but if there is too much political manipulation and rancour involved, the problem gets trickier. The growth of all creatures depends on harmony. China and south Asian countries around the Tibetan Plateau create a new win-win cooperation of climate governance in such aspects as scientific research, the meteorological disaster warning, can not only monitor the secondary disasters caused by climate change, to avoid the life and property loss. More importantly, a collaborative and vivid climate action can provide the international community with a set of effective experiences that can be replicated in climate governance.

Climate change is already causing serious environmental problems on the Tibetan Plateau and the Brahmaputra River basin as I have proposed many times in international seminars. The international community should build consensus and join hands in tackling these threats especially the neighboring countries. Partha J. Das, a scientist from the Indian NGO Aaranyak, also pointed out at the symposium that these warnings apply to the Indian government as well. The Indian government plans to build 70 water projects on the upper reaches of the Brahmaputra River. China and India need face the common threats in cooperation. Referred to the outburst floods from the upper reaches of the Brahmaputra in June 2000, Das said: "Most of the damage could have been avoided if the media in both China and India had reported it widely." Obviously, China and India are both on the same page at environmental and climatic changes on the Tibetan Plateau. He also claimed that China and India should enhance cooperation on flood early warning both in the Government and Non-governmental, signing a bilateral agreement and sharing hydrological observation data. 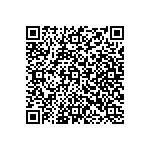