Here are the top 10 news headlines of March 2021 from all around the world.

Different happenings and events, of small and large scales, keep taking place around the world. Let us see the top ten headlines of March 2021.

25 world leaders, including the Prime Ministers of the UK and Thailand, and the President of South Africa signed a new international treaty with WHO. It centers around future pandemic preparedness as no single country can address crises like Covid-19 alone.

The MV Ever Given, a Panama-flagged container ship, turned sideways while crossing Egypt’s Suez Canal on March 24, 2021. It blocked all the traffic in a single-lane stretch of the canal making more than 300 ships and $10 billion worth of goods stuck in the gridlock. It was dislodged on March 29, 2021.

4. Virtual Summit of Prime Ministers of India and Finland

5. New Study of Nasa About Mars

A Nasa-funded study challenges the current theory about Mars that its water escaped into space. The new study states that water might be trapped beneath the surface of Mars. It suggests that 30-99 % of the water is hidden in the crust of the planet.

Samia Suluhu Hassan, 61, was elected as the first female president of Tanzania at the State House. She made history as she took her oath of office on Match 19, 2021. She vowed to uphold the East African country’s constitution holding up a Quran with her right hand.

The members of the Shanghai Cooperation Organisation ( SCO ) have planned to hold a joint anti-terrorism exercise in 2021. The members of SCO - India, Pakistan, China, and others - also approved the draft program of cooperation for 2022-2024 to counter-terrorism, separatism, and extremism.

New York lawmakers have decided to legalize recreational marijuana. 14 states in New York already allow it for not just medical but recreational uses too. The law will allow the sale to people over the age of 21.

10. India and the US begins Naval Exercise

India and the US started a two-day naval exercise in the eastern Indian Ocean Region on March 28, 2021. It signifies the US and India defense and military partnership. The Malabar series of naval exercises had been on hold for months for India, the US, Japan, and Australia.

All caught up? We will be back with a similar edition of headlines next month. Stay tuned! 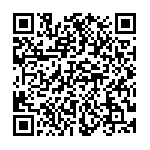