Pakistani showbiz superstars, Feroze Khan and Alizeh Shah, set to team up for an upcoming thriller venture, along with the famous solo adventure rider, Rosie Gabrielle. The plot is still a secret.

(KISS PR Pakistan News Bureau) - Feroze Khan, the mysterious and incredibly talented drama actor, is getting prepared for an upcoming action-packed venture with Alizeh Shah and blogger Rosie Gabrielle. The project's remaining aspects remain a mystery. The crowd, on the other hand, is still ecstatic about the most recent pairing.

Feroze Khan, a hugely famous heartthrob, is one of the best-known Pakistani actors who has made significant contributions to the drama industry. Feroze is not a young name in the entertainment community; rather, he is a seasoned veteran who is well-known for his acting abilities all around the world.

Following his breakthrough in 2014, starring in Chup Raho, Feroze Khan has only performed in a dozen television shows so far. Although, almost all of his performances were chart-topping hits that earned widespread acclaim both at home and abroad.

Feroze's 2017 thrilling romantic drama Khaani, in which he co-starred with Sana Javed, was by far the most viewed drama series of the year, earning him the best actor award at the Lux Style Awards. With his mystic love saga Khuda Aur Muhabbat Season 3, the infamous star is currently dominating the Pakistani drama industry.

Moving on to female lead, Alizeh Shah, who is young and stunningly beautiful, is currently the focus of attention thanks to her Ramadan exclusive romantic comedy Tana Bana, in which she is co-working with Daniyal Zafar.

Alizeh Shah is an incredible actor, and her feature dramas are evidence of that. The young star has previously taken on some of the most difficult performances. Despite the challenges, Alizeh is a first-class actress in Pakistan who gives her all to everything she does. Some of Alizeh Shah's best-known dramas include Ehd-e Wafa, Bisaat e Dil, Mera Dil Mera Dushman, Baandi, and Dil Mom Ka Dia.

Feroze Khan and Alizeh Shah, two of the most popular actors in the country, have partnered up for the first time and are set to work on a project together. The plot of this thrilling project is still being kept a secret, but it appears that the forthcoming venture will be packed with thrilling action, mystery, and excitement.

Aside from the entertainment Supremes, Rosie Gabrielle, a Canadian vlogger, solo adventurer, photographer, videographer, and culture enthusiast, is also involved in this fascinating venture.

Furthermore, Asad ul Haq is directing the mysterious project, but it is unknown if it will be a movie, drama, or commercial.

Feroze Khan revealed the venture on his Instagram account. The actor posted several images from behind the scenes of this mystery project, captioning "New world order coming soon! Great off-road riding with the girls @alizehshahofficial and @rosiegabrielle." 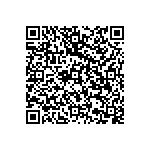